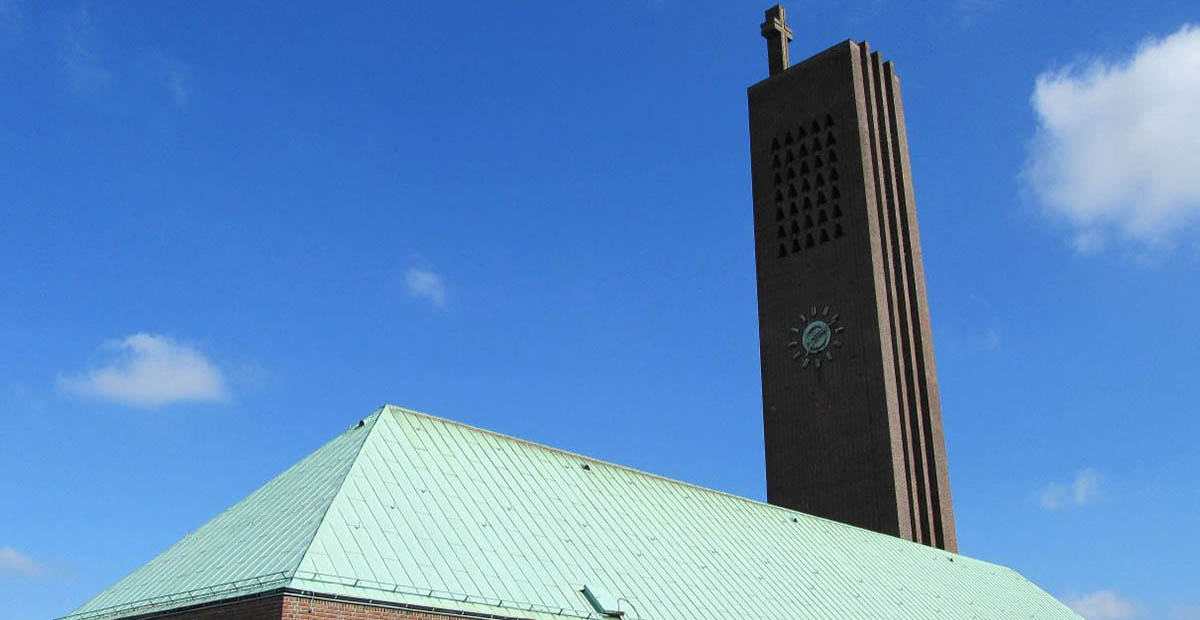 In the week of December 7, 2008, with the grace from the Lord and the support of my wife, I was able to break off from my daily routine in the States that I was able to visit Berlin, and to see the Berlin Chinese Christian church. Lie and Lynn have served that church since 2006. This visitation provided me a very valuable opportunity to see a different Chinese church other than my church in the US. In addition, since I had a unique privilege to stay close to Lie and Lynn, I was able to see their daily life in Berlin and their daily work in serving the Lord.

Berlin Chinese church currently is using a Germen church building with members of two hundred to two hundred fifty. The congregation consists of multiple people groups, but during the visitation, I was able to see at least two groups of people – a group of students and scholars and a group of people working in service industry (for example, tourist guides, waiters, cook, and house-cleaning). Very few members are middle class with decent incomes. Most members are not rich. But spiritually, they are happy and warm-hearted, willing to serve and help others. In addition, they all treat Lie and Lynn with true respect, kindness and openness. A few sisters often give food to Lie and Lynn to express their caring, though they are not rich. Obviously, the loving and caring relationship is there between the shepherd and sheep. On the other hand, Lie and Lynn show their openness and love to the church members by hardworking in teaching, mentoring, consoling and caring

I attended their Sunday service in the afternoon on the day I landed in Berlin. The whole service was well organized and well prepared. The Lord was exalted in a lively worshipping. The most moving part was their baptism class on that day. A few new believers gave their personal testimonies before their baptism which will happen on the following Sunday. Those personal witnesses displayed their faith, humbleness and joy in Christ the Lord. One believer repented his sin of cheating in academic work in the public, while another showed her faith in Christ in midst of hardship of paying debt resulted from her husband’s gambling.

Besides their Sunday service, I also joined one bible study on one Friday night. The study was in a shop place provided by a sister. It has enough rooms for more than twenty people. People in that group are from different backgrounds: students, scholars, business persons, single mothers and professions. But most of their ages are near thirties. A young sister leaded that night’s study. She organized the study with a number of questions at important verses, while the group member discussed openly and learned the meanings of those verses. After study, the whole study group was partitioned into three to four prayer groups. I was assigned in one group with a brother leading the group. This brother prayed very thoroughly for each people in Holy Spirit. I was awed when he prayed for my wife and family. He prayed that I could care my wife more so that both of us could do better in serving the Lord. In deed, that prayer was in my heart for a long time, but I didn’t tell this brother before since I just met him in the prayer group that night. At the end of bible study, I had a chance to talk with a first time visitor who is a Ph. D. from a Chinese school of humanities and social science. That visitor eagerly wanted to learn about Christianity and if Christianity can help Chinese in aspects of culture and social orders. I think Berlin has a lot of Chinese scholar and visitors studying and seeking solutions for the future of China. If we can help them to realize what is the most important part of a human life or everyone, then we indirectly help Chinese in mainland in certain degrees.

City life in Berlin is quite different than life in most places of the US. Most people use public transportations, bus and railways. Walking to bus stations or railway stations is a must to most people. Backpacking and hand carrying of personal staff or grocery are very popular. It is very hard for a young parent with one kid or two kids in stroller traveling in Berlin. I was told some members of that church are young mothers who carry their toddlers through railways to their church meetings or the small group fellowships during the week. On my last day of visit, Lie and I went to a gathering including potluck dinner (while Lynn went to the Cantonese Women Bible Study). Shortly before arriving, we saw a young sister holding a medium size soup pot walking near us. Lie recognized her immediately and greeted her and I took that pot from her hands to relieve her.

Since few members of Berlin Chinese church own houses (I was told 82% of the Berliners renting the apartment), cell groups usually gather in small-size apartments, with one exception of one sister providing her business place for bible study. On my last visit mentioned above I saw nearly thirty people meeting in a single bedroom apartment. That apartment has the narrowest bathroom I had ever seen. The width of the bathroom is the width of its door with toilet laid in an angle. However the young couple living in that apartment not only provides their place but also serves in their group. The husband, a PhD on biochemistry, is going to work on public sanitation in an Africa country.

During this one week visit, I also had a very special chance to participate an outreach at a local refuge center. A group of sisters and brothers visit some Chinese illegal immigrants at a refuge center regularly to gives them gospel message, caring and spiritual support. Indeed, I consider that outreach work is the most challenging and the bravest task. Usually illegal immigrants have very different education background and financial status than those of church members. Helping illegal immigrants would definitely meet challenges, such as financial need and legal helps, etc. However the church members supporting that outreach are just normal people who already have their own difficulties and challenges in their life. For example, one brother had his own visa expiring soon. But he still faithfully participates in that outreach work. Their sacrifice, gentleness and kindness are well accepted by the people in refuge center. From the faces of illegal immigrants, I saw they were relief and relax after talking to the co-workers. Although they hadn’t accepted Christ yet, they are willing to keep coming to the bible study. During the small group prayer time, they expressed their longing for home, their struggling against temptations and their hopes for the future.

After all, I’d like to address the work and the life of Lie and Lynn. They had served two churches in northeast part of the US before Berlin Chinese church, my wife and I had the chance to be with them in both churches. The members in those two churches are scholars and professions, working in IT, Wall-Street financial firms, and other high tech areas. After their arriving in Berlin, they recognized the different combinations and profiles of members. They started to learn how to serve those people who work in service industry or those blue-collar working class people (lots of them are not-as-educated).

Lie and Lynn spent time with those people to know their family, their works, and their inner most worlds of their minds. In preparation of his preach, Lie also uses language which fit their education background. Since the educational backgrounds vary in two extreme ends, Lie has to work very hard to pick words and terms in his preach in order to pass biblical message to the whole congregation. Not only learning their language, but also Lie and Lynn learn their life styles so that their consoling among those people can be effective. I easily found the openness and sincerity in Lie and Lynn when they interact or talk to those people. Using Lie and Lynn’s own word, they are learning how Christ served people when He was in the world, “The Word became flesh and dwelt among us” (John 1:14). Although missionary life is hard and is exhausting some times, they still look like a loving and lovable couple when I see them walking together in subway, shops and cafes. Also one key part of their work is they often discuss their works very closely in regarding to Lie’s preaching, Lynn’s consoling, and the effectiveness of their coworkers mentoring.

The trip to Berlin exposed me to a different culture, a different life style, and a different church work from those of my home base. It inspired me to think what I should do in serving those Chinese people in Berlin or what should I change in the inner most of my soul in order to serve my Lord effectively.